Looking for a great excuse to spend a night in this winter?  These tv series are new on Netflix, and whether you prefer to watch one episode at a time or binge a whole season at once, we can almost guarantee there will be no FOMO with these shows on your screen.

Didn’t quite get your fill of spook this fall?  Get caught up on the first season of this original Netflix series before it returns with a holiday special on December 14th.  Be warned: this is not the fun and quirky Sabrina the Teenage Witch you remember, but you’re bound to be equally as entertained – maybe just with the lights on.

F is for Family

Looking for something a little lighter?  This 70’s-set animated series, now in its 3rd season, will have you belly laughing.  This cartoon series is intended for adult audiences, so put the kids to bed, pour a glass of wine, pop some popcorn and dig in.

This series, in its first season, follows former actor turned acting coach as he navigates a new, later chapter of his life.  Fans of Grace & Frankie will likely also fall for this Netflix original, full of heartwarming moments, relatable life struggles, and plenty of giggle-inducing one-liners.

Nearly 3 years after the release of the Making a Murderer, this chilling American true crime documentary returns with Part 2.  If you haven’t already, get caught up on Part 1, then dive into part 2, which explores the aftermath of the convictions chronicled in the original.

This beloved food and travel adventure series concluded with a bittersweet final season on CNN following Bourdain’s passing earlier this year.  Revisit episodes from seasons 7-10 now, then dig in to season 11 when it hits Netflix on December 25th. 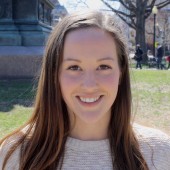 The Ultimate Guide to Commuting into Washington, D.C.

Washington City Paper Best Of DC 2017: Thank You To Our Readers For Nominating Us!